Starting in 2020 this graduate certificate curriculum, in which Latin is the spoken language and all assignments are written in Latin, will be available in online courses. this curriculum has already become well known for offering deep immersion in the spoken use of Latin, a thorough grounding in Latin prose composition, and an overview of the entire patrimony of literature in Latin from the Romans down to the present day. Soon all these benefits will be accessible in an online, but real-time format.

The Graduate Certificate Curriculum in Latin Studies, or 'Institute for Latin Studies', is aimed at students who need strong Latin skills for any academic discipline in which Latin is important, including not only classics, but also history, philosophy, theology, and a wide variety of fields in literatures and languages. The Institute for Latin Studies will offer to such students an opportunity to gain a superior command of Latin in a highly concentrated format, but in a relatively brief period of time.

The Institute for Latin Studies will also be highly useful for those interested in teaching Latin, for the simple reason that it provides a much deeper immersion in Latin language and literature than what has so far been usual for students seeking careers as Latin teachers, and will ensure that all who complete the curriculum acquire not merely reading skills, but also considerable active command of the language, a good knowledge of fundamental Latin texts, and a basic understanding of the entire scope of the Latin literary tradition spanning more than two millennia. The Institute for Latin Studies curriculum can be effectively combined with a program in teaching methodologies, such as the Master's of Arts in Teaching World Languages (MATWL) program at the University of Kentucky.

The Institute for Latin Studies curriculum is composed of courses that give attention to Latin literature of all periods (including ancient, medieval, renaissance and modern), and not the ancient period alone (as is typical of so many graduate programs in Latin language and literature). Students completing this curriculum will be immersed in original Latin literature from two millennia, including, of course, canonical works of Cicero, Virgil, Ovid, and others of the Augustan age, but also Latin masterpieces from other periods, works that contributed to the shape of western European culture (and its offshoots), and provide a common link between many humanities disciplines. This curriculum highlights Latin as a multicultural and an interdisciplinary tradition.

The curriculum not only involves extensive reading in Latin, but also requires those taking part in it to develop, and to constantly practice fluency in writing and speaking in Latin. The curriculum is founded on the conviction that a person’s assiduous use of any language in many modes, including writing, listening and speaking (not merely reading and translating), will enhance that person’s comprehension of the language and appreciation of its nuances. The use of Active Latin is not merely a matter of pedagogy: it is a matter of forming and maintaining a close relationship with the Latin language. Helping our students to develop this relationship is our preoccupation in the Institute.

A prerequisite for entry into the Latin Studies curriculum is the successful completion of CLA 501 (Introduction to Latin Prose Composition), or the attainment of an equivalent level of competence as determined by the Director of the Latin Studies Curriculum.

A candidate who completes 9 credit hours of courses that pertain to the Latin Studies curriculum and earns a GPA in those same courses of at least 3.33 may earn a Graduate Certificate in Latin Studies.

An independent study course under the number CLA 580 or CLA 695 may, with the permission of the Director of the Latin Studies Curriculum, count towards the minimum of 9 credit hours of Latin Studies course work needed to earn the Graduate Certificate in Latin Studies.

Those enrolled in the curriculum not only complete three Latin courses, but also take part in Latin-only activities not connected with official academic courses. These events include lunches and conversational workshops held several times a week. During the summers, Institute students have an excellent opportunity to take part in the Conventiculum Latinum, the well-known summer immersion workshop in spoken Latin held on the campus of UK.

Professors who teach in the Latin Studies curriculum usually hold supplementary sessions (conversational workshops) several times a week designed to acclimatize participants to the use of Latin as a communicative language. These supplementary sessions in Latin conversation require no preparatory work or study time outside the sessions themselves. Regular attendance (with allowance for excused absences according to University regulations) at these supplementary conversational sessions, when they are offered, is a requirement for earning the Graduate Certificate in Latin Studies.

Student Learning Outcomes for the Graduate Certificate in Latin Studies

In order to complete the Graduate Certificate in Latin Studies, candidates must have the following achievements:

For further information about the Institute offerings and application information, please write to ether Professor Milena Minkova (mmink2@uky.edu) or Professor Terence Tunberg (terence.tunberg@gmail.com)
Ceremony of awarding diplomas in the Institute for Latin Studies 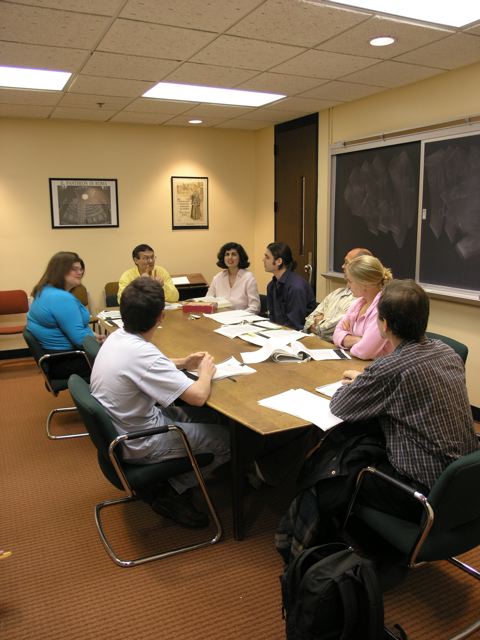 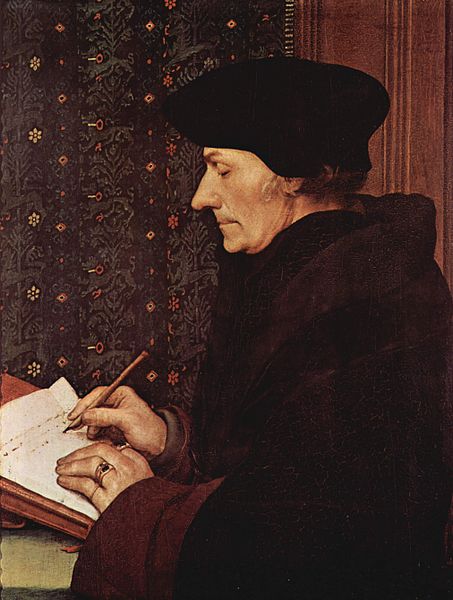