Ever since, many years ago, he wrote a dissertation on the moral terminology of Plutarch's Parallel Lives, Martin has maintained a lively interest, personal as well as scholarly, in the Greek biographer and essayist. Brief forays into other areas of scholarly interpretation have yielded such items as a short book on the Greek lyric poet Alcaeus, an article on Caesar's delineation of himself in the Gallic Wars, Book 1, and another comparing Greek and Hebrew religious thought. But the consistent theme in Martin's professional bibliography is Plutarch, both the Lives and that assemblage of essays and dialogues subsumed under the title Moralia. He has dealt with Plutarch's methods of depicting character and passing moral judgments, his handling of literary sources, his relationship to Plato, and the rhetorical features that permeate his writings. Martin has also written commentaries on two of the Moralia, one in conjunction with his colleague Jane E. Phillips. He is presently composing, far more slowly than he would like, a study of Plutarch's ten Athenian biographies. He teaches courses and seminars on, among others, Plato, Demosthenes, Plutarch, and the Greek tragedians. 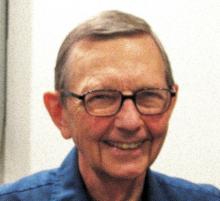