My research focuses on the ways that ancient Greek philosophy shaped medieval philosophy and religious thought. Most of my work to date has been on the philosophical roots of the division between the Greek-speaking (Eastern) and Latin-speaking (Western) branches of Christianity. From the standpoint of modern philosophy, Eastern Christian thought represents largely unexplored territory. It shares the same classical and biblical sources as medieval western philosophy, but its conclusions were often sharply different from those of the same period in the West. It thus offers insight into the hidden potentialities of ancient thought. Aristotle East and West: Metaphysics and the Division of Christendom (2004) examines these East-West differences through the lens of “energeia,” a Greek term that lies at the root of both the concept of the divine energies (in the East) and that of God as pure act (in the West). My more recent work has continued this comparative study respecting other issues such as divine freedom, time and eternity, the nature of the will, and sexual ethics. I have also worked on the medieval Jewish and Islamic traditions, attempting to point out parallels and divergences among the three great monotheistic traditions of the Middle Ages. 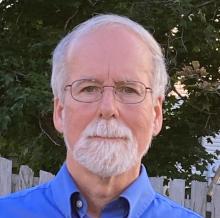