A Screening of THE 24TH, and Interview with Director 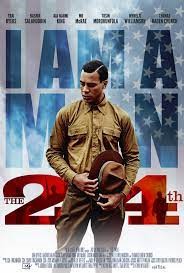 Join us for a film screening of The 24th, a historical film written and directed by Kevin Willmott! This film screening will be held virtually followed by a brief Q&A discussion. For more insight on the film, check out this interview.

This event is sponsored by:

Please join for the Sociology of Horror Movie Night and Dinner on Thursday October 26th at 6:30pm in POT 1545.  To get in the Halloween spirit we'll be watching Get Out, ordering pizza, and getting some candy.  We'll follow the movie with a short discussion.

“The Lebanese Community of Mexico and the Development of Mexican Film"

Dr. Carlos Martínez Assad, Professor Emeritus, National Autonomous University of Mexico and 2013 Winner of Mexico’s National Prize for Arts and Sciences, is the author of numerous books and articles on Mexican history, politics, culture, and film, and two books and a novel on the Middle East. He has been a columnist for various Mexican newspapers, presently he is writing for El Universal.
The documentary, La historia en la mirada (The Gaze of History) on the Mexican Revolution, for which he did the historical research and screenplay, won the Ariel (Mexican Oscar) for best documentary in 2010. At UK, he will be presenting his documentary on the Lebanese community in Mexico. (The Lebanese in Mexican film – with English subtitles.)  Discussion to follow.
Date:
Tuesday, October 7, 2014 - 07:00 pm - Tuesday, October 7, 2014 - 09:00 pm
Location:
Hardymon Theater @ the Marksbury Building
Type of Event (for grouping events):
film screening
Passport to the World
Year of the Middle East
Subscribe to film screening