The Classics program offers an undergraduate major and minor in both the B.A. and B.S. degrees. Students pursuing a major or minor in Classics study Latin and/or Ancient Greek, Ancient History, Mythology and Folklore, and Ancient Philosophy. Classics courses may also contribute to a minor in Folklore and Mythology in the Department of Modern and Classical Languages, Literatures and Cultures. On the graduate level, the program offers an M.A. in Classics and an M.A. in Teaching Latin, through the Department’s Master of Arts in Teaching World Languages Program (MATWL). We are also home to the UK Institute for Latin Studies which offers a unique graduate level certificate program featuring the use of active speaking to gain a superior command of Latin and a broad sweep through the entire tradition of Latin from antiquity to the present day.

We offer our students:

Why a Classics degree is important for Pre-Law Students

Why a Classics degree is important for Pre-Health Students (Pre-Medicine, Pre-Dental, Pre-Pharmacy, Pre-Optometry) and Pre-Vet Students 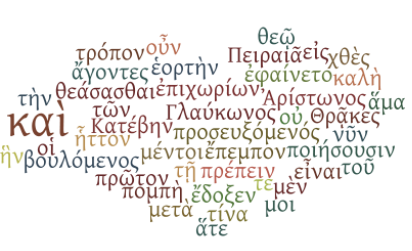 Officers of the Department of Modern & Classical Languages, Literatures and Cultures are: